Perils and pitfalls of property purchase 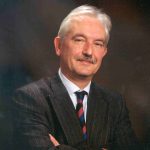 Denzil Lush is the Senior Judge of the Court of Protection. Here, in an exclusive blog for PLG, he outlines the perils and pitfalls of property purchase and adaptations.

When I was invited to write a piece on some of the perils and pitfalls of property purchase and adaptation in cases involving a damages claim for personal injury or clinical negligence, my first instinct was to compile a shortlist and this was it.

Having compiled my shortlist, I sounded out a few of the Court of Protection General Visitors to see whether they had similar experiences, and these were some of their replies.

The first response came from a Visitor based in the South West of England. She said: “What about the people who come to rural or seaside holiday areas like ours because they remember happier times on family holidays before the accident? They don’t realise that life is no longer a holiday. They face social isolation (‘incomers’), suspicion (‘where did the money come from?’), a lack of services for or knowledge of disabled people (particularly those with a head injury), and limited shops and transport facilities.”

I recall a case where a family from Hinckley moved to St Austell in Cornwall and bitterly regretted it. Their biggest bugbear, believe it or not, was the loud squawking sounds made by seagulls – something they had never encountered when they lived miles from the coast in Leicestershire.

The second Visitor said:  “Two cases come to mind. Both clients came from modest, working class backgrounds. The first client had a lay deputy who fell into the hands of an architect who purchased a property in a high class district and made the house into something from Dallas. The neighbours didn’t want to know the family, and the family were out of their depth.

They ended up buying a smaller house on an estate and still had the multi-million pound house when I last visited. They probably lost a fortune on it. The second client was a severely disabled child whose mother – a single parent – had another child and they lived in rather chaotic conditions. She depended on support from family members who lived locally.

The professional deputy was considering purchasing a property with several acres and a number of fishponds. I visited and intervened. The mother is now the deputy and she and the client live in a modern property within walking distance of their family and friends and are very happy.”

Another visitor came up with this piece of advice, which she described as her “rule of thumb for families of a child in a wheelchair.” She said, “Picture the child’s six best friends coming round for their 16th birthday party – how much room will they take up? And if they’re all in wheelchairs, then think big especially for the kitchen and the lounge.”

I am about to exceed my allocated word count, but I hope that learning from a few of the mistakes made by others, who have been in a similar position, may be of some assistance to anyone who is about to embark on a search for the ideal property.

Denzil Lush, Senior Judge of the Court of Protection

Get in touch with our team today.